3D printing is at the core of innovation and opens the possibilities for the hardware industry. You can now print pretty much everything, from the little piece that would allow to stabilize your living room table, to a new shinbone for surgery. Two French engineers have developed a new material, made of recycled plastic, to make these more sustainable. 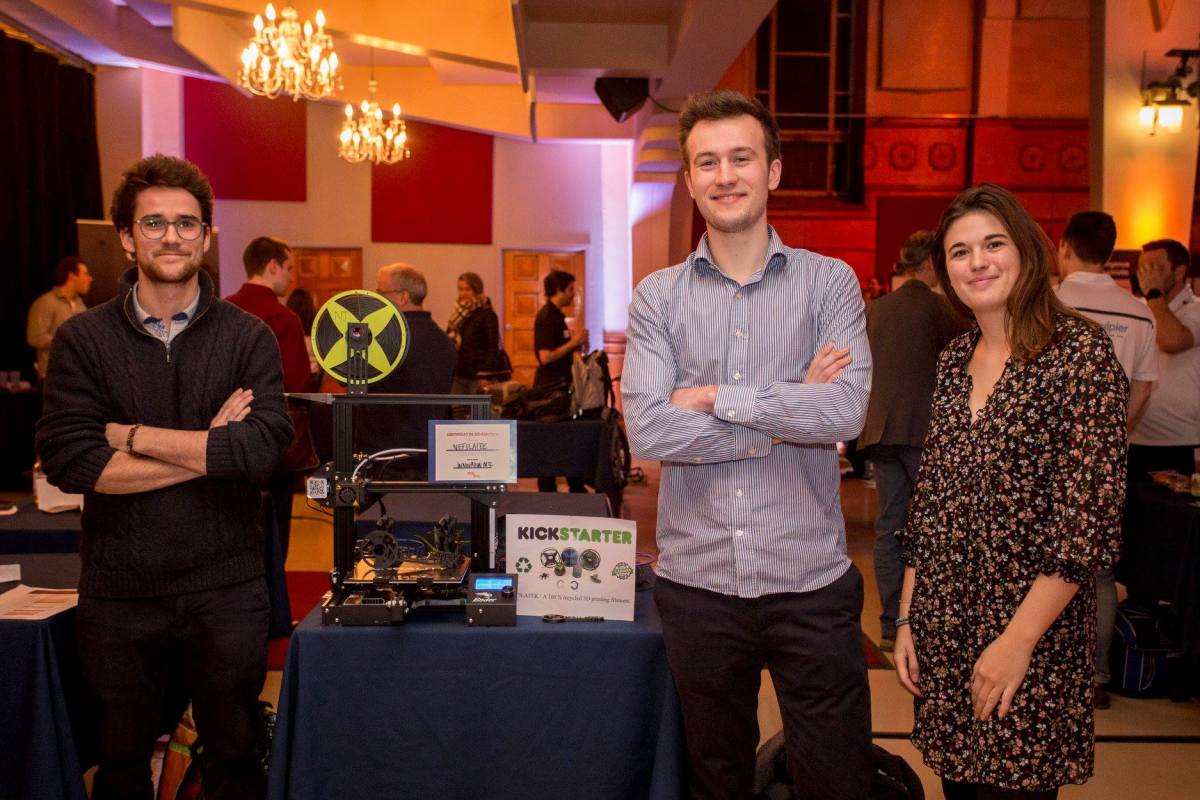 Today, Nefilatek’s Kickstarter campaign is almost over but the project started a year ago, as a school project. Bastien was studying at Polytechnic and was convinced that developing recycled 3D printing filaments could be realistic. He was able to win grants from Fondation Arbour and enter Universite de Montreal and Polytechnique JAB incubator.

A few months after, Angel joined the adventure with a background in Physical Engineering. After working in a biomedical lab, he wanted to find a meaningful project that allowed him to contribute to society.

Recycling makes the cost of raw material much cheaper

Thanks to research and development innovations, pretty much all plastics in the industry can be recycled: old electronics, home appliances are thrown in recycling factories and transformed into plastic pallets.

Nefilatek has been able to develop different filaments: HIPS (High Impact Polystyrene) is good for the general public and for startups while PC (Polycarbonate) is more resistant and used in biomedical labs. In addition, the team builds spools that are also recycled, reusable and very light to avoid wasting empty stools.

Closing the loop of the circular economy

For now, the team at Nefilatek uses plastics from sorting centers which is not 100% clean and needs to be decontaminated but the aim is to find raw plastics and make their own mixture.

We want to be able to collect used filaments from 3D printed prototypes and objects and recycle it to develop Nefilatek filaments. Then, we would be truly closing the loop.

3D printing could be the new DIY trend

Over the past years, it is mostly known by geeks and tinkers, but 3D printing is a fun and useful hobby … and it is not that expensive! Did you know that you could buy a 3D printer for $350? And you can use it for making a missing piece of furniture, instead of buying a new one, or to make a new flower vase, deco pieces or toys for your children, or anything you want! Most models are open source so you can find them on websites such as Thingiverse.

It would be great to build a community of individual clients and democratize circular economy, show people that they can make everything by themselves.

If you’re interested in testing 3D printing and doing it in a sustainable manner with Nefilatek filaments, you can contribute to their Kickstartercampaign until 22 April 2019!